Paris is host to some of the most famous works of art in the history of Europe, many of them related to notable historical events or people.

Les Invalides, which is a historical building housing a number of museums and exhibitions pertaining to the military history of France, is definitely one of the most important places in Paris. It contains a large church where the remains of some of France’s war heroes reside, most notably, the one and only Napoleon Bonaparte.

After viewing the historical landmark, I immediately made my way to another unmissable spot – Place Charles de Gaule, which in its middle features the well-known Arc de Triomphe, an honorary monument for all of those who fought and died in France during the French Revolution and the Napoleonic Wars. Inspired by Roman architecture, it has an overall height of 50 meters and it stands right in the middle of one of Paris’ busiest roundabouts. 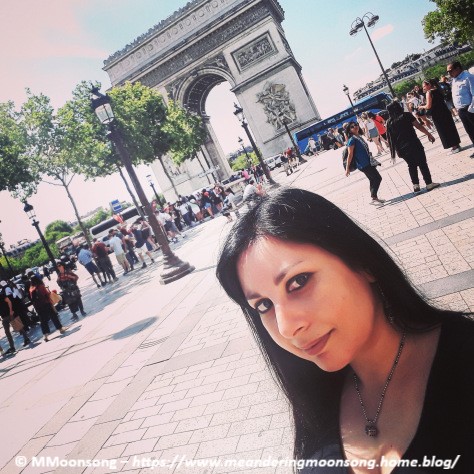 Another architectural and historical wonder is the Conciergerie, a former prison currently used to house the Law Courts and Palace of Justice. Part of it is still used as a museum to portray what the prisoners held there during the French Revolution went through, since these were usually taken here before proceeding on to Madame Guillotine. Queen Marie Antoinette herself was the occupant of one of the tiny drab cells, which has now been converted into a chapel dedicated to her memory and housing several artifacts previously belonging to her.

The Conciergerie is situated on the same street as the Royal chapel of La Chappelle, which is where I went next. La Chapelle is a small, gold-encrusted gothic building sporting shrieking gargoyles, very intricately painted ceilings, pointy arches and an eerie atmosphere. A tiny jewel box of a church, which houses one of the most extensive 13th century stained glass windows in the world. 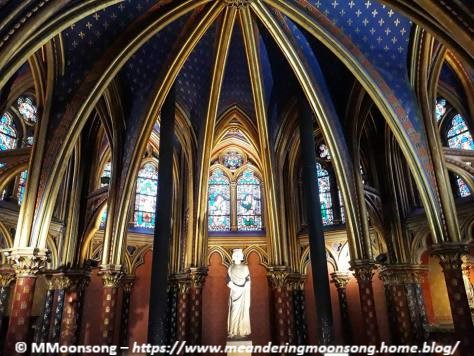 After lunch, I grabbed the metro once more and made my way to the Picasso Museum, where I was immediately overwhelmed, not only by the artwork itself but also by the many interesting posters and political fliers representing the spirit of the turmoil prevalent in the 1950s. Pablo Picasso had given vent to his political opinions through his art work and was in fact, very much criticized for this.

His most famous painting, Guernica, impressed me not only with its presence but also with its portrayal of the agony and suffering brought about by war. It was, in fact, created in response to the bombing of the Spanish town of Guernica by Nazi Germany.

Another painting which moved me was his Weeping Woman, one of a series of paintings depicting weeping women as a metaphor of the fragmentation, torture and pain prevalent in human beings.

Following the Picasso Museum, I visited the Atelier de Lumiers, which was hosting an immersive exhibition dedicated to one of my favorite artists – the Austrian, Gustav Klimt. This interactive spectacle was amazingly different from any other art exhibition I had ever seen. It took place in a whitewashed empty hall, devoid of any art or painting itself.

Art lovers and curious people sat on the floor or meandered slowly about, and gazed mutely around them in wonder, as a number of projectors seamlessly showed Klimt’s golden artworks around the four walls and floor. The ethereal music in the background complemented the feeling of awe and harmony perfectly.

One cannot talk about art and France in the same sentence, without mentioning the Louvre Museum, which is actually the world’s largest art museum. Originally built as Louvre Castle, the building itself hosts and exhibits approximately 38,000 objects from prehistory to the 21st century over an area of 72,735 square meters. It cannot be visited in an hour, two hours, or even half a day. I myself spent a full day gaping at its many treasures, and I freely admit that I probably saw half of them, and not as minutely as I would have liked. Prepare to meet people. Lots and lots of people. And cameras, phones, tablets, etc clicking away at every corner of every room. 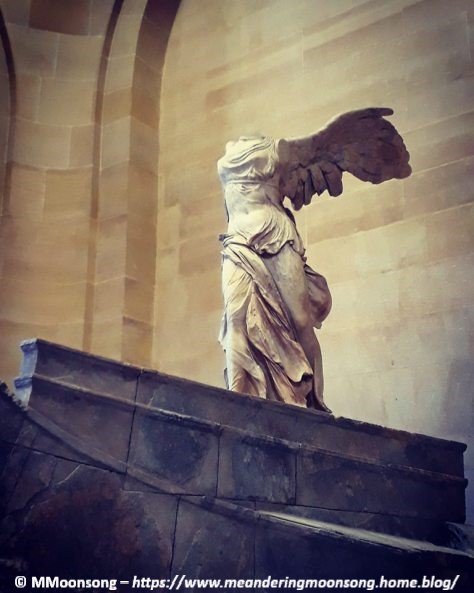 You will surely be one of them. You will also meet Da Vinci’s Mona Lisa, together with many of his works, paintings by Michelangelo, Raphael, Caravaggio, Fra Angelico, Giotto and all the ‘great’ master painters of any age. Not to mention enchanting unique sculptures like the Venus of Milo, the Winged Victory of Samothrace, the Sleeping Hermaphroditus and tons of others. Seriously, how can one describe the Louvre and everything in it?

I am aware that there are many other important locations which I did not include in this list – the Eiffel Tower, Notre Dame Cathedral, the Royal Opera House, the Moulin Rouge, etc. I wrote previously about my visit to the Eiffel Tower here and will be writing more about Paris in future, so will be describing these attractions and more later on. So much to write about one city! 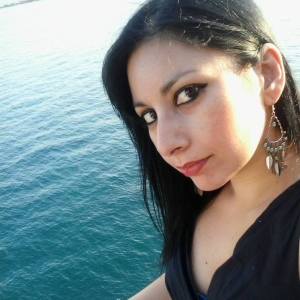